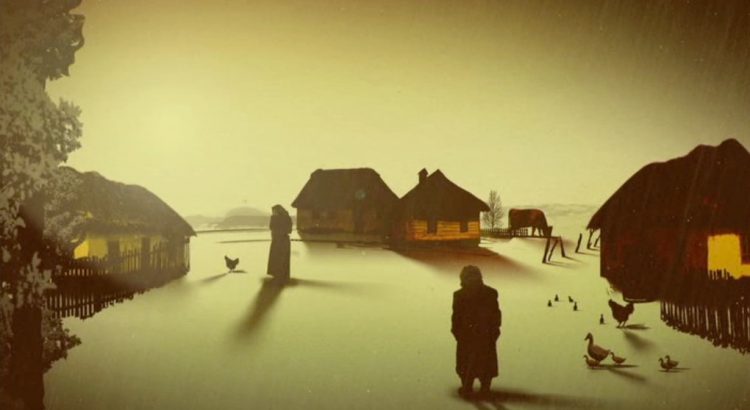 In “Bialik: King of the Jews”, (one of a series entitled “The Hebrews”), one of the experts interviewed rightly corrects the title by proclaiming Hayim Nahman Bialik, not “King of the Jews”, but rather “King of the Hebrews”. It is a fitting title for a writer that had such a profound influence on Modern Hebrew language while in its infancy. In fact, even he preceded Ben Yehuda’s work, his poetry is still accessible to the modern reader. From Odessa to Palestine, his words reached out and touched Jews all over.

While deeply affected by the state of the Jews in Eastern Europe in the early years of the 20th century, what seems to be the real motivating factor in his writings was the vast sense of loneliness he experienced growing up. Orphaned from his father at an early age, his mother was unable to support the family, and he was sent to his grandparents to be raised. There, according to the film, he suffered. While it is not explicitly stated, the film hints that he was abused, though as it is implied rather than implicitly stated, it is not clear what type of abuse he may have suffered. Needless to say, his childhood experiences echoed throughout his life. While he married, he never had any children of his own, yet found himself drawn to them. Perhaps he was compensating for the childhood he never had, nor was able to give to his own.

For a man who so dedicated his life to Hebrew culture, he didn’t visit Palestine for the first time until the age of 36, and didn’t make it his permanent home until nearly a decade and a half later. Upon his first visit he was inundated by crowds who heard of his impending arrival. Already he was considered the national poet, for a nation that was still being built. At the time it was unrealistic that he move to Palestine, as he would be unable to make a living. Not to mention that the center of his activities stretched from Warsaw to Odessa. It’s ironic that such an important figure in the Zionist pantheon did not feel the pull to Zion that so many other did. It was only with the end of WWI and the outbreak of a civil war that closed down Jewish institutions and Hebrew cultural activities that he saw the writing on the wall and emigrated.

What was it that moved people so, to grant him such honor? It was in his use of the ancient and nascent language. Taking the thousands of years of scholarship and literature that had sustained the Jewish people in the diaspora, and repurposing it. The way he layered his words with meaning, the way he called back to the ancient roots of the Hebrews, while paving the way for a new understanding. One can’t read his writings without feeling the weight of time, while equally alive and burning with the power of the revival of the Hebrew language and the Jewish people.

However, hidden within these words still lives the son who lost his father so many years ago. Who even though he became the “King of the Jews”, always remained a small town Jewish boy.