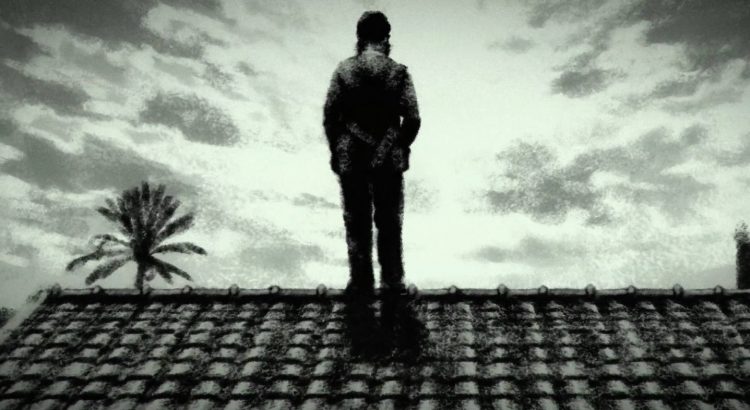 Writers often live larger than life, and the few who reach a lofty height of acknowledgment in their own lifetimes, can have their passing celebrated as well. However, it is not often that the circumstances of their death become a story in and of themselves, and cast a shadow on their accomplishments. That is what happened on May 2, 1921 in the “Red House” just outside of Jaffa, Palestine to the Hebrew writer Yosef Haim Brenner. The film “The Awakener”, (one of the series “The Hebrews”, depicting important writers of the Hebrew language), uses this event to frame the life of one of the most important figures of the reawakening of Hebrew as a modern literary language.

Like many of the early Zionist, Brenner was born to a religious family and spent time studying in yeshivas (institutes of higher Jewish learning), until at the age of 12 he met Uri Nissan Gnessin the son of the yeshiva head and himself an important figure in the revival of Hebrew literature. Somewhat controversially, director Yair Qedar choose this relationship to remark on Brenner’s possible homosexuality. While it is still up for debate among scholars as to the nature of Brenner’s sexuality, it is clear that this relationship not only fundamentally changed him, but had a unique intimacy. When he did marry, for a short period of time, he named his only son after his friend. It was also as a result of the friendship that Brenner seriously turned to writing. His possible sexuality and depression (whether brought about by that, or simply his nature), clearly had an effect on his writing.

Beyond his actual writing, what solidified Brenner in the pantheon of Hebrew writers, was the journal he started after arriving in London. Titled “HaMe’orer” (The Awakener, hence the title of the film), it served as the only Hebrew language publication at the time that was dedicated to Hebrew as a specific literary language.

Like many of his contemporaries, he only came to Palestine at a late age. At first he tried manual labor but very quickly came to the conclusion that it wasn’t for him. So he went back to what he knew, writing and publishing.

Eventually he found himself living on the outskirts of Jaffa in the eponymous Red House. It was there that he would find his end. The previous day violence had broken out between Arabs and Jews in Jaffa, and the residents of the Red House were requested to evacuate it. For various reasons Brenner did not. It was that decision that would end his life at the age of 40, having not seen his son since he was a small child and left Palestine with his mother.

The film approaches Brenner’s murder by utilizing the police reports to create a kind of true crime docudrama wrapping the biography of the writer. Using the actual words from the reports, from witnesses, the policemen on the scene, etc. gives a sense of foreboding to the already grim tale. While paradoxical to his Zionist beliefs, Brenner would not have wanted to become a Zionist symbol, nevertheless, that is what he became in death. However, his true testament is the words he left behind in “awakening” Hebrew as a modern, literary language.