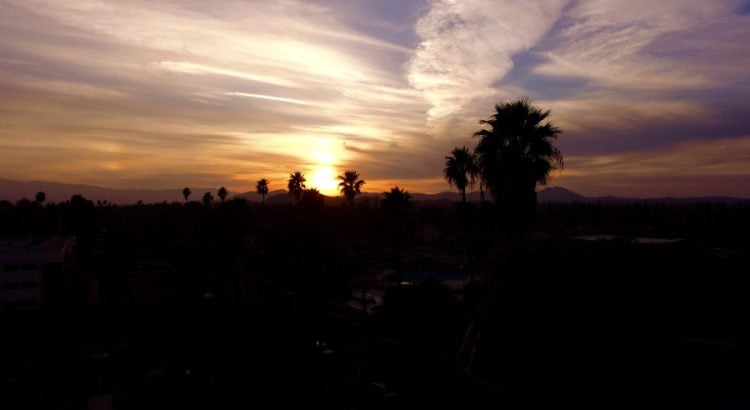 There is something exhilaratingly free about the open skies. From the biblical story of Babel to the Greek gods living on the heights of Mt. Olympus, from the early days of flight to the modern space race, humankind has always strived to be Icarus (well, before he flew too close to the sun) winging his way to the heavens. The flip side is that by nature we are trapped on the ground by gravity, and it takes a phenomenal amount of work to achieve flight. That work requires a crew. And to be one of that crew, always sending others aloft, while secretly desirous of joining them, can be a frustrating existence.

That is the situation the main character of “Brown-Blue” finds herself in. She works as part of the ground crew for air balloons, staying on the ground as she regularly sends other into the skies. At first she seems content with this, but quickly it becomes clear that just as humanity was attracted to the heavens, so is she. But it’s not really the answer.
The air balloons are only a metaphor for her life. She is stuck in an endless circle of drudgery, and every time she attempts to leave it, the gravity of her situation pulls her back in. It’s not that it’s at all bad a life, it’s just not the life she would like. So it is left to her to find the answer, will she remain forever a member of the ground crew, or will she take wings like Icarus and soar to the heavens?