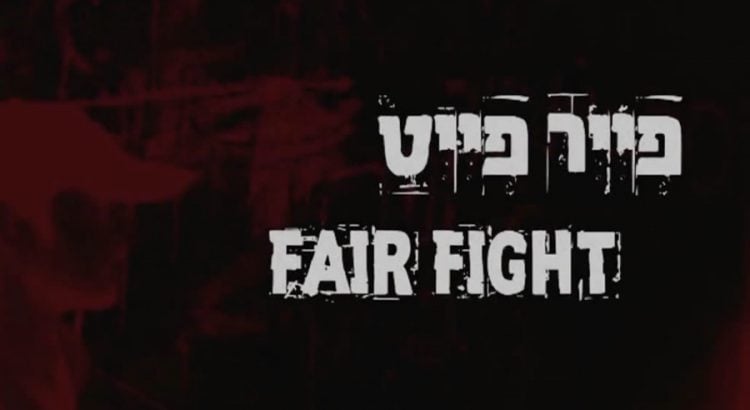 Loyalty is an admirable quality in a person. However, we are frequently asked to split our loyalties, and as often as not, those splits can sometimes be for conflicting parties. A child of divorce, the work/family divide, or something as simple as two sets of friends. Sometimes, it’s not even a human being. As they say, a dog is a man’s best friend. And in “Fair Fight”, a man is a dog’s best friend too.

A young man has a dog. In their neighborhood, there is a gang boss who runs dogfights and not coincidentally is owed a not inconsiderable sum by the young man’s brother. We learn that this is not the first time he’s had to bail out his brother. It seems the only way out for the brother is to enter his dog into the ring. And here his loyalties are divided. His brother is obviously a chronic gambler, and even if he manages to clear his brother’s debt, who’s to say he won’t run it up again? And this time there will be nothing to get him out. At the same time, his dog is his best friend amidst the turmoil in his life. He is effectively placed in a kind of Sophie’s Choice, neither outcome will lead to anything good.

The film makes good use of some geometrical visuals to highlight the young man’s torn loyalties. And while, for obvious reasons, it does not show actual dog fighting, it gets the points across within the limitations of its production values.