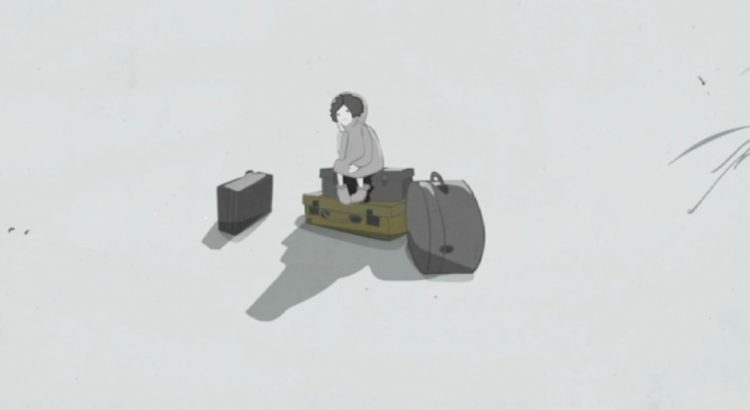 In 1969 the poet Lea Goldberg filled out a questionnaire of the Israeli writers’ guild. In it she was asked how many books she had written. “Too many”, she answered. To the question, “Where can one see you?” she gave her home address and visiting hours as an answer. Asked if she’d write her life story for the guild, she answered: “I will not write an autobiography”. A few months later she passed away. In many ways these enigmatic answers encapsulated the poet. Even though she did not herself write an autobiography, we have the documentary “The Five Houses of Lea Goldberg” to introduce us to her life story and contributions to Hebrew literature. (The film is one of a series, “The Hebrews”, about the writers who contributed to the development of Hebrew literature).

The film’s title is a reference to one of Goldberg’s most famous children’s book, “A Flat for Rent”. It relates the tale of an apartment building made up of five different floors, where each one is occupied by a different animal tenant. When one moves out, it leave a flat open for rent. It is a story about coexistence and a thinly veiled metaphor for the communal harmony of the kibbutz. It was here, with children’s stories, that Goldberg found great success. Many of her works are still considered classics of children’s literature.

Much like other poets, there is a thread of loneliness that weaves through her work. The film traces this to the single moment when her father was taken from her when the family was crossing the Lithuanian border when she was eight years old. As a result of WWI the Goldberg family was forced to wander Russia. When they eventually made their way back home, they were stopped at the border. Her father was wearing yellow shoes, with a reddish hue. This was enough to accuse him of being a communist. Every day, for ten days he is threatened with a fake execution, until her mother decided to take action, leaving Lea all alone to guard their belongings. This time of solitude would stay with her for the rest of her life. Though they did manage to return to their home, her father never recovered emotionally from the incident. It is at this time that Lea begins her schooling and is discovered to be an excellent student. By the age of fifteen, she already saw herself as a writer, as a way out of her lonely existence.

Eventually she did gain the lofty status of wordsmith, not just for her works, but also as a senior lecturer in literature at the Hebrew University, eventually as the head of the Department of Comparative Literature.

For a woman who gave so much joy to children through her books and poetry, she never married, never had a child of her own. She lived with her mother until her death at the age of 58 from lung cancer. Perhaps it was that seminal event from her childhood that sent her into loneliness, but grew her imagination. Whatever the case, it is clear that there is a room open for all of us in “The Five Houses of Leah Goldberg”.