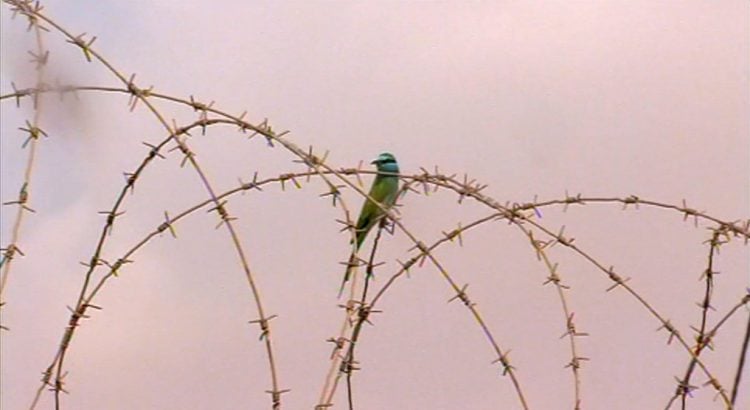 Somewhere past the halfway mark in “The Messiah Will Always Come”, Hagit utters the titular phrase. Attributing it to her grandfather, renowned Jerusalem intellect Yeshayahu Leibowitz, the sentiment is that no matter what happens, there will still be a messiah. The depth of this statement echoes Hagit’s love/hate relationship with religion and the Land of Israel. The truth of the matter is, that it is less of a love/hate connection, and more of a love/extremely frustrated relationship. It is without a doubt that Hagit’s single minded focus on documenting the settlements in the Occupied Territories comes from a love of the land, a desire to do what she believes is best for the Jewish people. It is in the way she effortlessly quotes the Bible, the sincere belief that the actions of the settlements affect the Jewish soul. And in her own internal dilemma over her personal religious beliefs.

The film itself follows Hagit, an operative of Peace Now, as she travels throughout the West Bank territories documenting additions to Israeli settlements. The Sisyphean task finds her travelling the countryside in her pickup truck, keeping an eye out for changes in existing settlements, new construction or any other signs challenging the status quo. It is a lonely task. The sometimes bleak landscapes she drives through echoes her own seclusion in her chosen task, a solitary warrior on the forefront of an ideological battle.

Coming from a Religious Zionist background, as a young woman she joined other like-minded friends from the same. As these things go, most of the friends moved on while she remained dedicated to the cause. And dedicated she must be.

It’s not clear from the film itself, but one gets the impression that she is a known quantity at some of the settlements. On one than more occasion she is refused entry for unclear reasons. Although, in at least one case she has quite an enlightening conversation with the security officer denying her entry. In this instance, he is a member of one of the few secular settlements. According to the film, only 4% of the settlements are classified as completely secular. To many that is the crux of the matter, the settlements are not a political or security issue, but one of religion. It is religion that drives settlers to live in inhospitable conditions as they reclaim the land for the Jewish people. And in an oblique manner, it is also religion that drives Hagit.

Hagit is not specifically opposed to religion, even though she has effectively stopped practicing the orthodoxy from which she comes. It is rather the high jacking of religious thought to promote an extreme ideology based on religion. In this case there is no room for negotiation, it is a belief in an absolute righteousness that comes from God. There is no arguing with divine right. But that same drive behind the settler movement also drives Hagit. That be seen in the devotion she gives to her cause. In its own way, it is not that much different than those who stand on the other side of her work.

In the end, this is a film about one woman standing up for what she believes. Whether or not you agree with her politics, what we all can agree on is that she will continue her work until the Messiah comes, and the Messiah will always come.

Watch a trailer below: