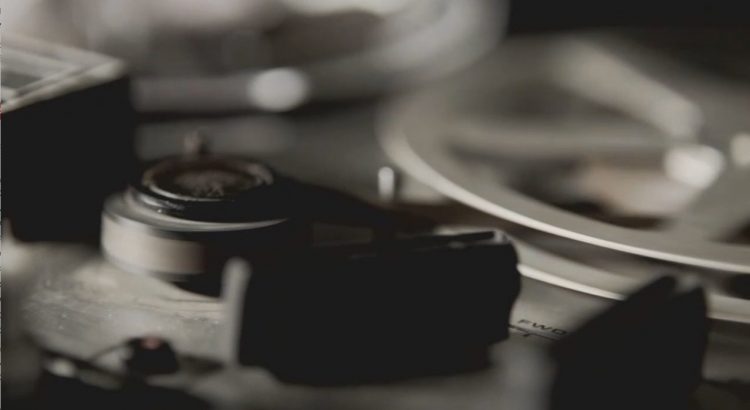 There are transformative artists who burst onto the scene with such raw power and explosiveness, that it is impossible to ignore them. Their voice, so unique that even in their own times they are recognized for who and what they are. So, it’s not surprising that the energy of poet Yona Wallach comes through in the film “The Seven Tapes”, (one of the series “The Hebrews”, detailing those literary voices who transformed the Hebrew language). The title of the film comes from an interview of Wallach in 1984, shortly before she died of cancer. It was only more than 25 years later that these tapes were found.

The film itself is divided according to each of the tapes. We are able to hear her voice, as she reflects back on her life. She grew up without her father, who was killed in the Israeli War of Independence, and spent much of her childhood unsupervised at her mother’s place of work, the movie theatre. Already as a child she lived in a fantastical world. Later, she was admitted, for the first of two times to a psychiatric hospital. There she submitted to psychological experiments with LSD, something that was common at the time. The film posits that her poetry may have come about from a case of an untreated (or improperly treated) mental illness. For that matter, how much did the residual affects of her LSD treatments factor in?

Whatever the source of her creativity, without a doubt she was something new in Hebrew literature. There is a beating heart of sexuality in her works, clearly reflecting its creator. She was as much a creator as a member of the bohemian community of Tel Aviv of the 1960s, and its attendant sexual mores and drug use (not unlike as was happening elsewhere in the world). In fact, in the film one of her boyfriends remarks that when he first met her, he was unclear who in the house was a friend, lover, or otherwise, male or female. This wild scene is ironic, as later in her life she decried the imposition people made on her time, that it interfered with her writing.

Without a doubt she was a product of her times. It would be difficult to consider the rawness of her poetry, the sexuality which she exuded being accepted in an earlier era. Her poetry is rife with gender word play, which fits her persona. She did not accept that there was a difference in the poetry of women or men. Beyond her poetry, she lived according to the sexual norms of men.

Like other films in the series, it utilizes animations of the poems in an attempt to visualize the written word, with each animation fitting the style of the respective poet. In this film they are restless and explosive, like their creator. But underlying all the energy is a loneliness. Whether she just had an untreated mental disease, or it was something else, without a doubt Yona Wallach was a force unlike any seen before in the Hebrew literary scene, as she narrates herself in her “Seven Tapes”.