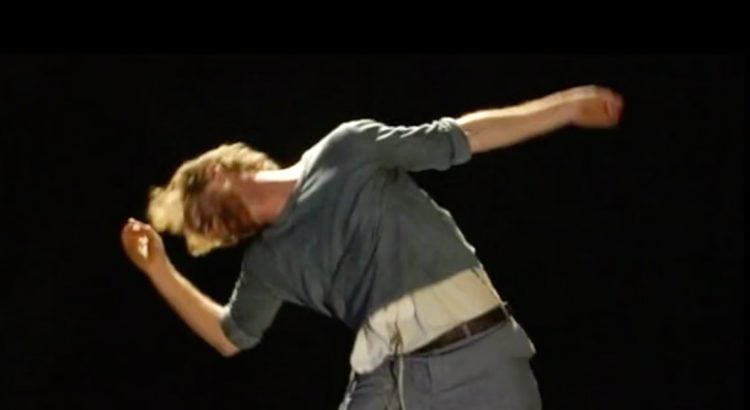 Dance has always been intimately intertwined with the sacred. From ancient rites to Sufism, dance has been a way to connect with the divine, in fact in some cultures the dance was a form of religious worship in and of itself. Judaism, with its focus on textual study largely avoided this type of worship. Perhaps it was the loss of the temple in Jerusalem in 70 C.E. and with it its grand ritual pageantry, or maybe it goes further back into biblical prohibitions on joining the various pagan cults of the ancient Near East. However, with the rise of Hasidism in the 18th century, there was a distinct movement to restore the simple joy of singing and dancing into Jewish practice, though this still was only within the purview of religious practice, the serving of God through joy

As there is no specific prohibition on dance in Judaism, there are two issues that the dancers in the documentary film “Thou Shalt Not Dance” need to contend with to maintain their Orthodox Jewish lifestyle. The first, is quite simply the mixing of the sexes. The characters we meet follow a strict interpretation of Jewish law that forbids touching of the opposite sex outside of matrimony. In most dance schools this would be an unsurpassable barrier. Here it is solved by the simple solution of their dance school being for men only. The other, and more complex issue is the social stigma of dance in the community.

The reality is that both issues stem from the same root. The deep sensuality of modern dance is at odds with those same codes of modesty that prohibit contact. Such matters are better kept private, not pranced about in public, let alone celebrated on the stage. Whether this harkens back to those same pagan rituals that biblical Judaism was constantly fighting against, or a more modern view where the artistic lifestyle conflicts with that of an Orthodox Jew doesn’t matter. The men who seek to express themselves through movement are doing something that goes against the grain in their community. It is interesting to find this attitude still persists these days, as members of the Orthodox community have made inroads into the arts and it is no longer so rare to see a kippa clad artist.

What is perhaps not entirely unique about the dancers featured in the film, is that they are so clearly dancers from their inner soul. Whether it’s about overcoming PTSD or as a method to find deeper meaning in Talmudic study, the moment at which they discovered movement as a form of expression it became a part of them. They are dancers, even if at times they may come across as less than professional. The desire burns in them, to move, to dance. And it is this what drives them to the central event of the film.

As outliers in the Orthodox Jewish world, they put on a show so that their friends and family can see what they have been doing the previous three years. While it would be an 80s movie cliché to say that the continuation of their dance school is dependent on the success of the show, that is not far from the truth. However it is more than that. It is a chance to really be dancers: on the stage in front of an audience, to feel the spotlights and hear the crowd. To determine whether it is a passing whim, or truly a calling. The result of their show will lead to them to face a larger question of how to continue balancing these two seemingly incompatible desires, to follow the strictures of an Orthodox Jewish lifestyle and modern dance. Can one find the balance between the two, or is one relegated to “Thou Shalt Not Dance”?