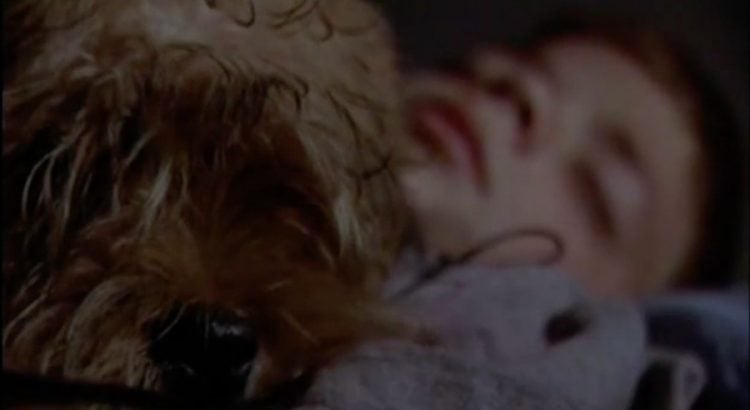 There is a lot going on in “Tofu”. A young boy is attached to a puppy (named “Tofu”) that his father tells him he has to get rid of. This same boy is named after his uncle who was killed in a war. The day they choose to take the puppy to the pound happens to be Memorial Day, when they are on the way to a ceremony commemorating the same uncle. Along the way they make several stops, including at the grandmother’s home. If there is one thing this movie doesn’t lack, it’s plot lines. Perhaps it would have been better served by focusing the disparate leads into a more coherent through line, but that is neither here nor there. This is the movie that is.

However this movie is part of a long tradition of films where children bond with animals. The young boy does not say much, he is largely in his own world. A world of headphones and his dog. With the emotional weight of being named after a family member who died in service to his country, an overbearing father, and a seemingly indifferent older brother, it is little wonder that he retreats into his own world. Tofu, the dog, doesn’t demand anything of his owner that he isn’t willing to give. It remains to be seen if he will ultimately be able to part with his one beacon of stability.